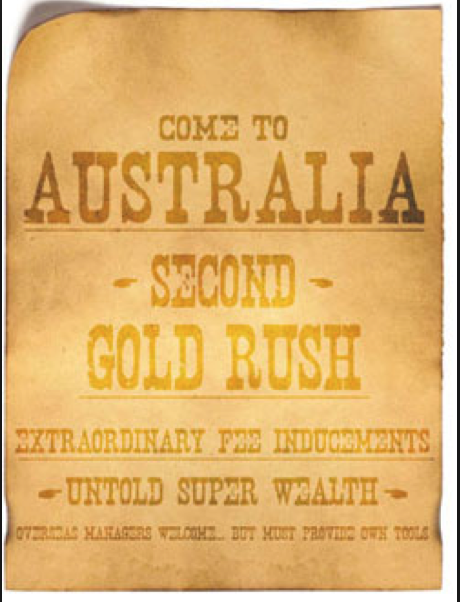 When gold was found in Australia, people came from far away. Hundreds of people came to look for gold.This time was called the Gold Rush.It was a hard life digging for gold. Some people found big nuggets of gold. Some people became rich but lots did not.
Minor discoveries of gold were made in Australia in the early days, but it was the Californian Goldrush of 1849 which sharpened interest. A tough brash mountain of a man named Edward Hammond Hargraves returned from California to try the prospecting skills he had acquired there. 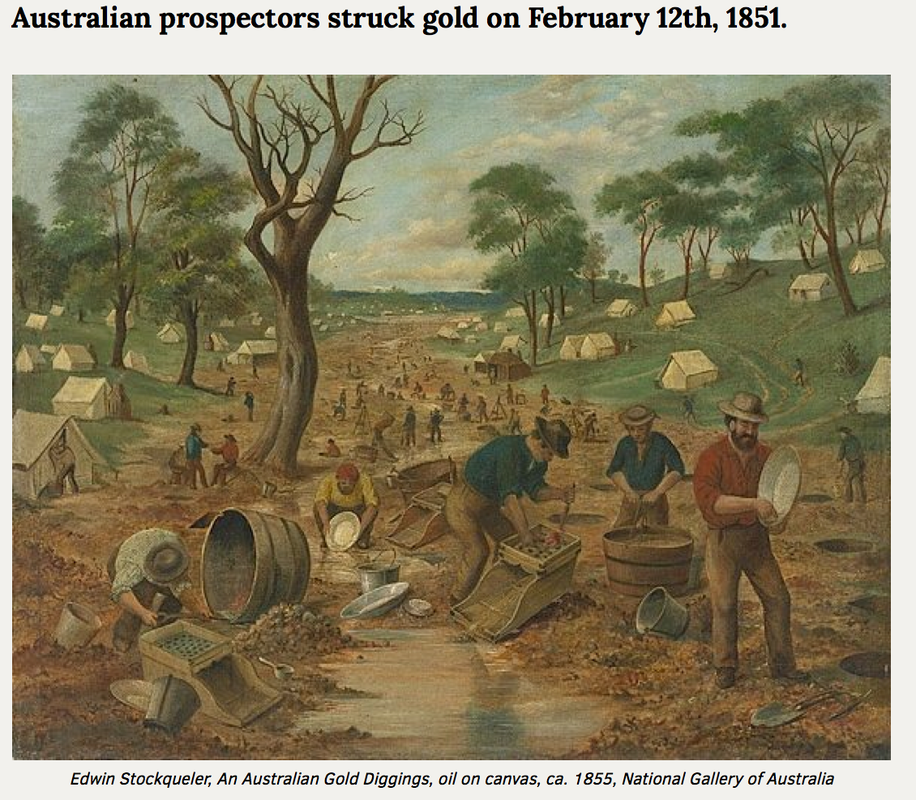 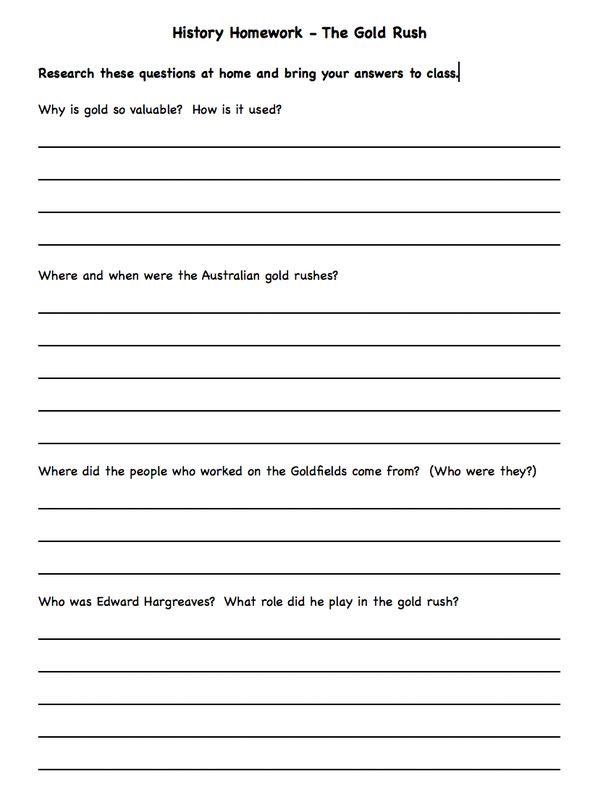 Learn about the Goldrush on Miss Stanton's flipchart.

You will need your Everyday books to record answers and information about what you learn along the way. 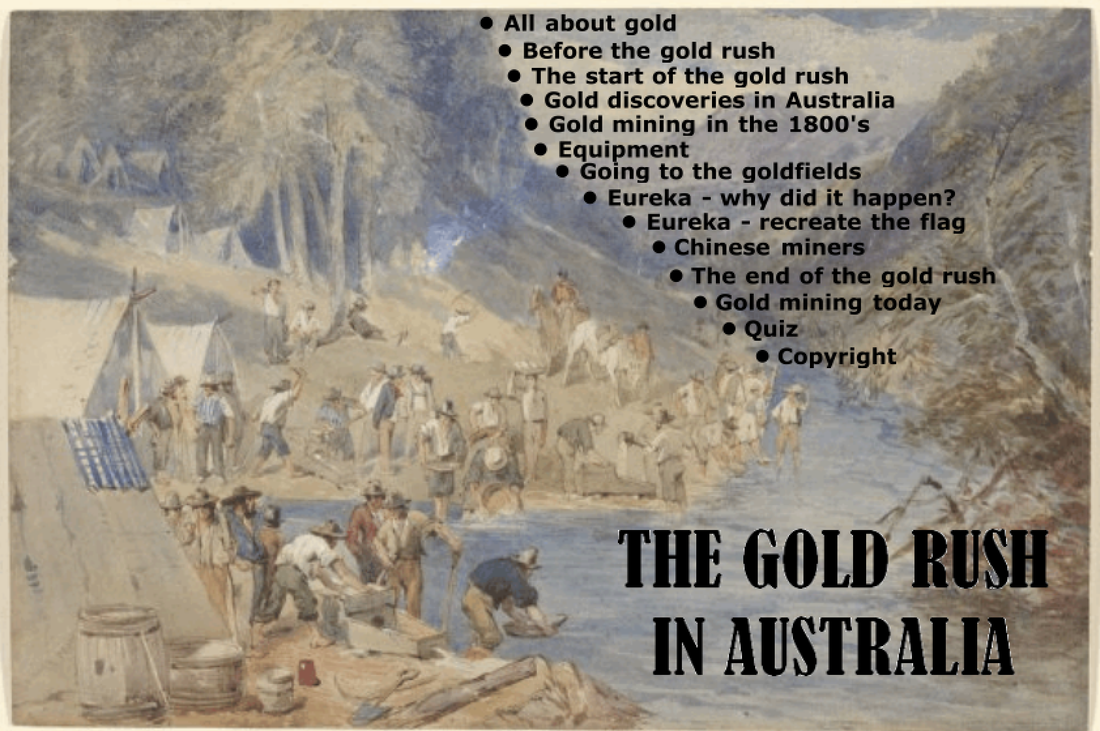 Click on the pic below to take you to a BTN clip on The Goldrush. 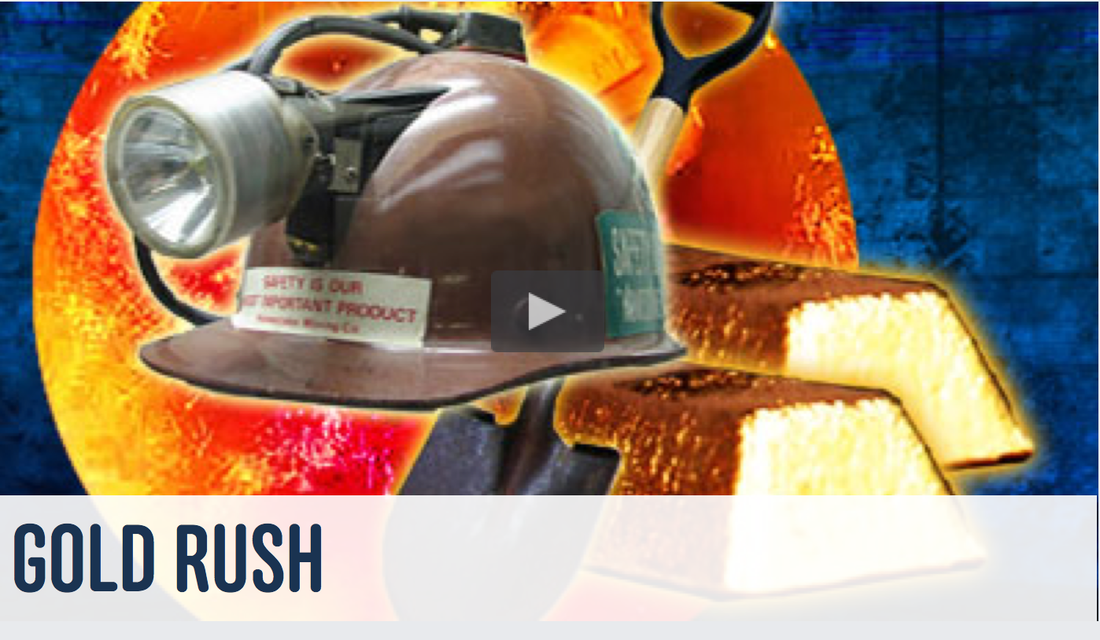 Click on the pics below to take you to some helpful sites to further your learning about the Goldrush. 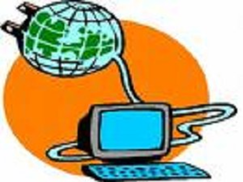 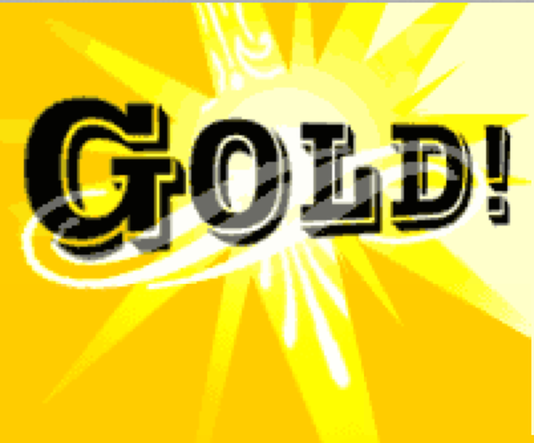 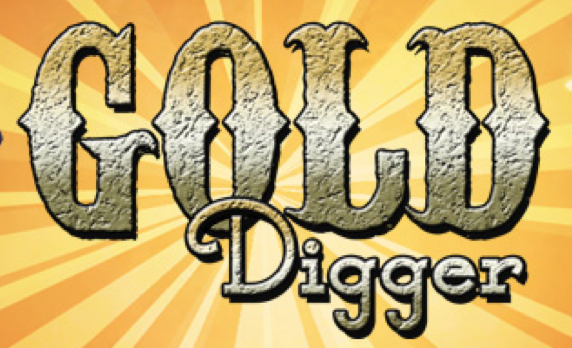 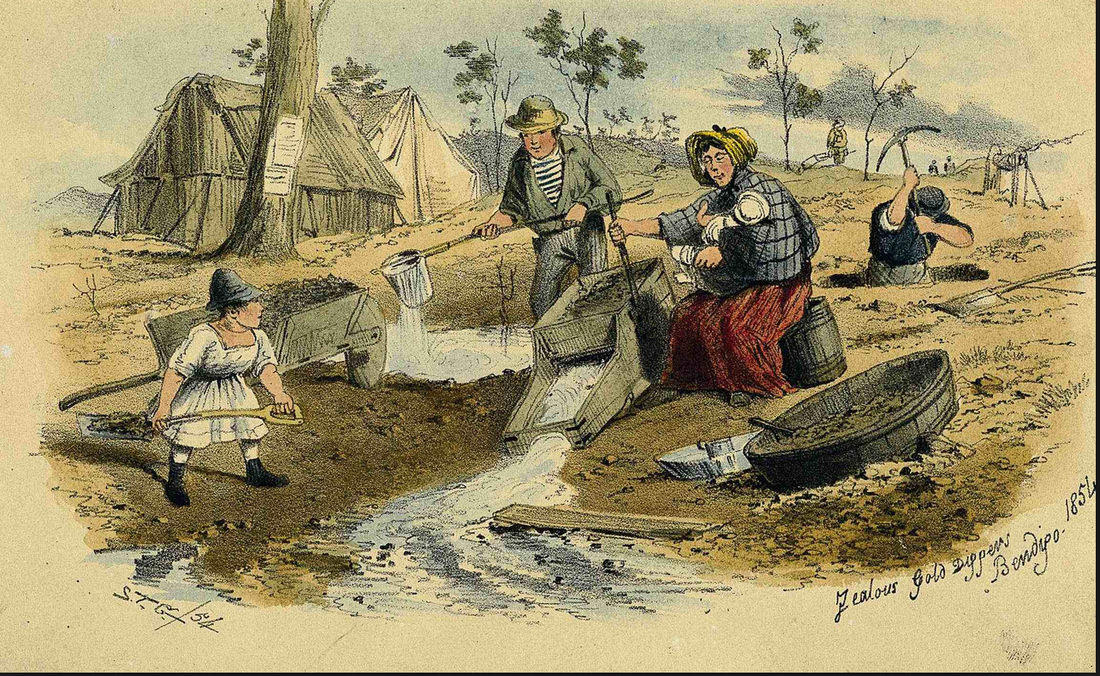 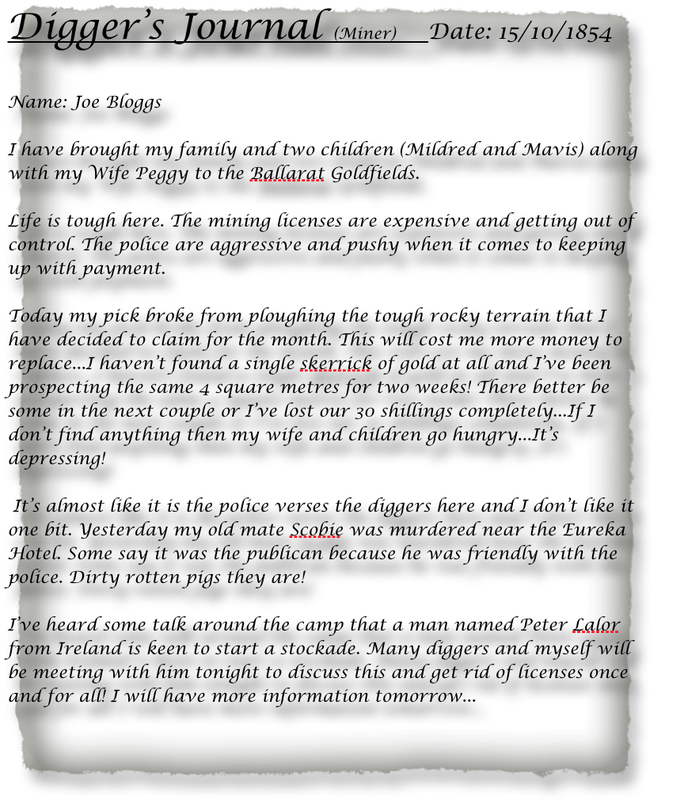 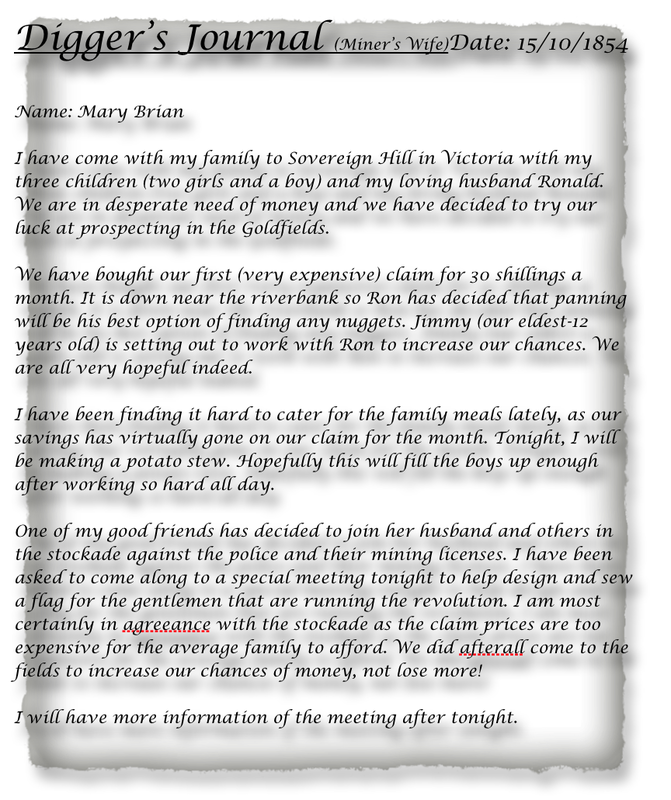 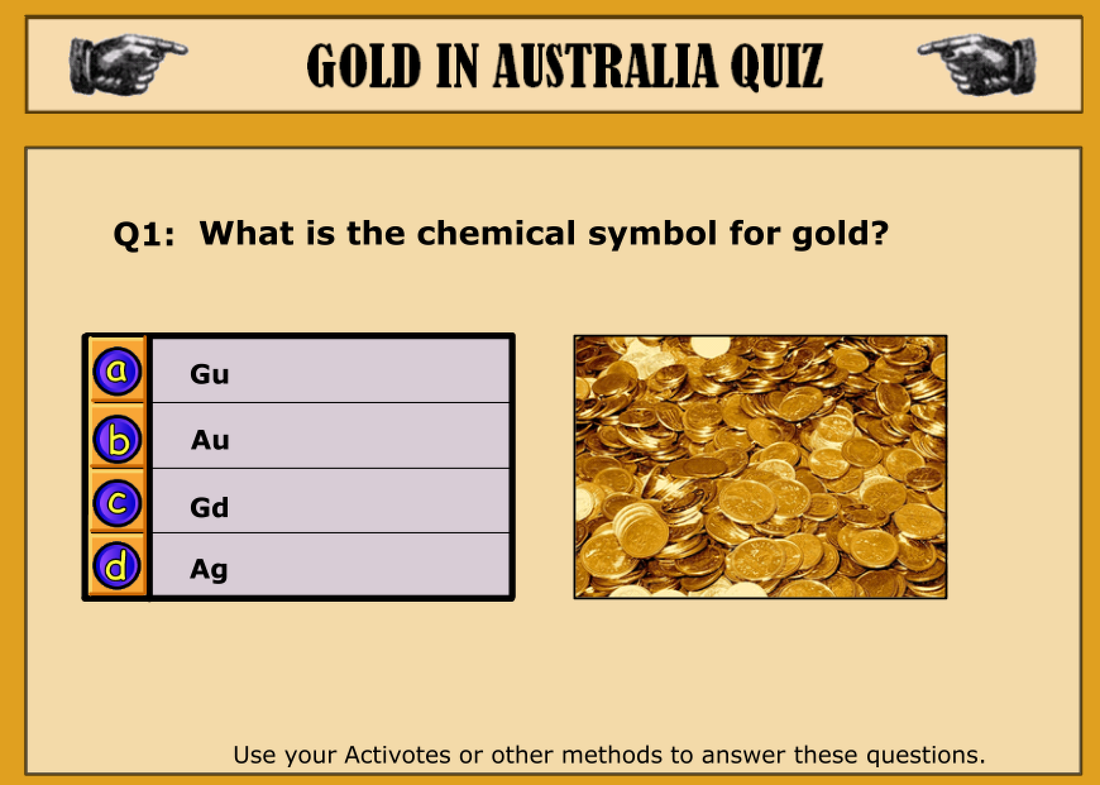 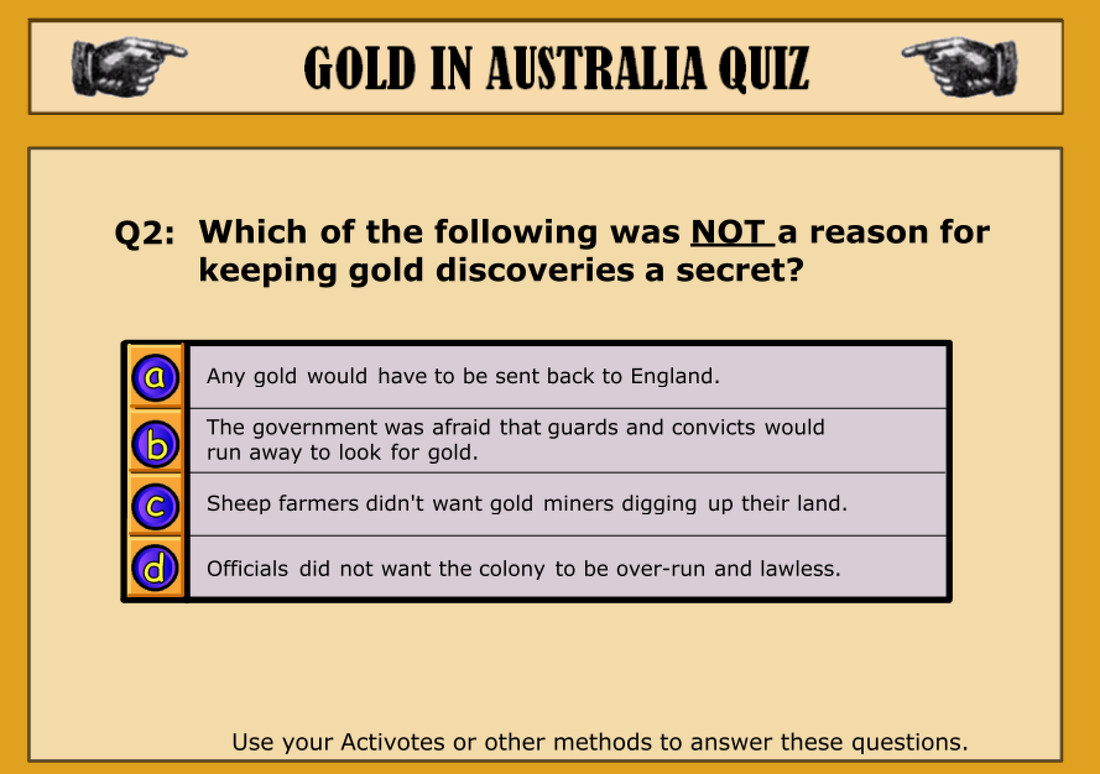 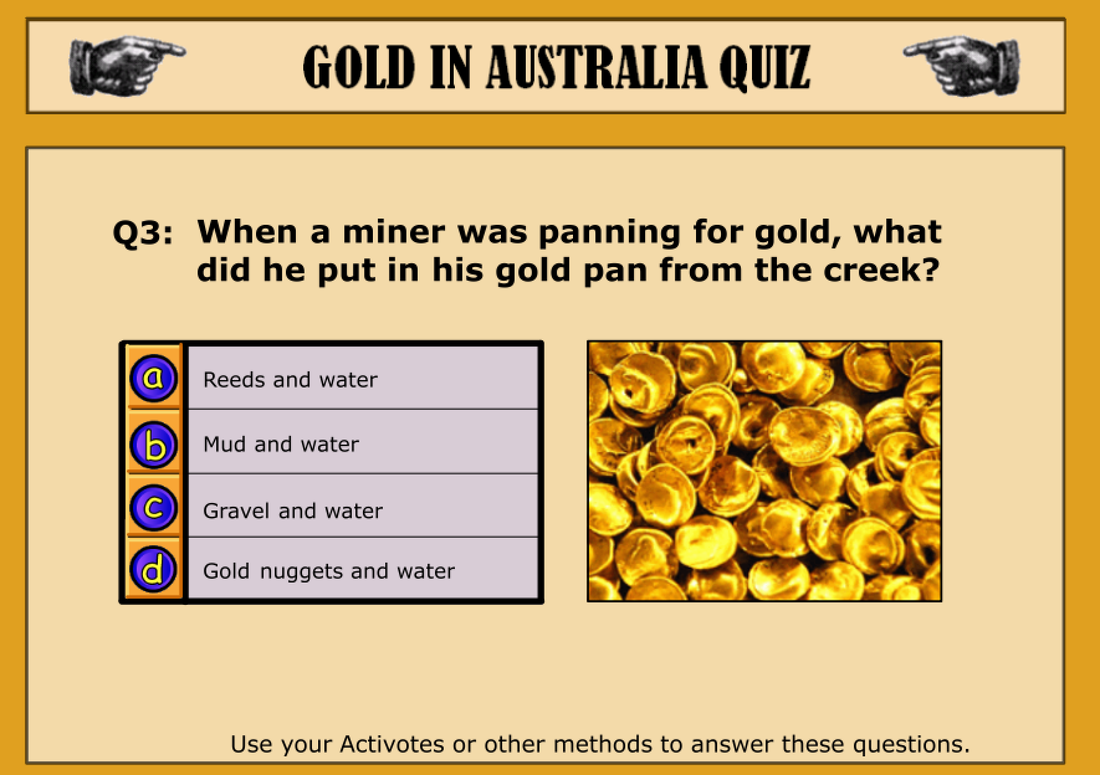 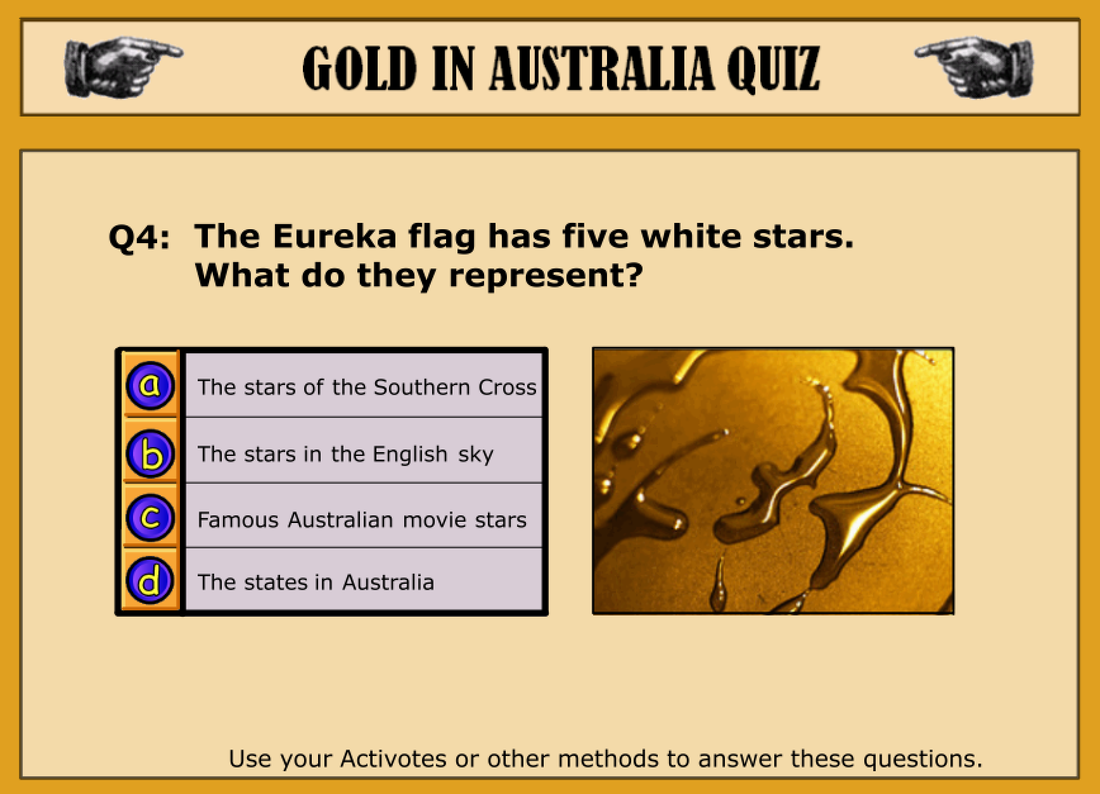 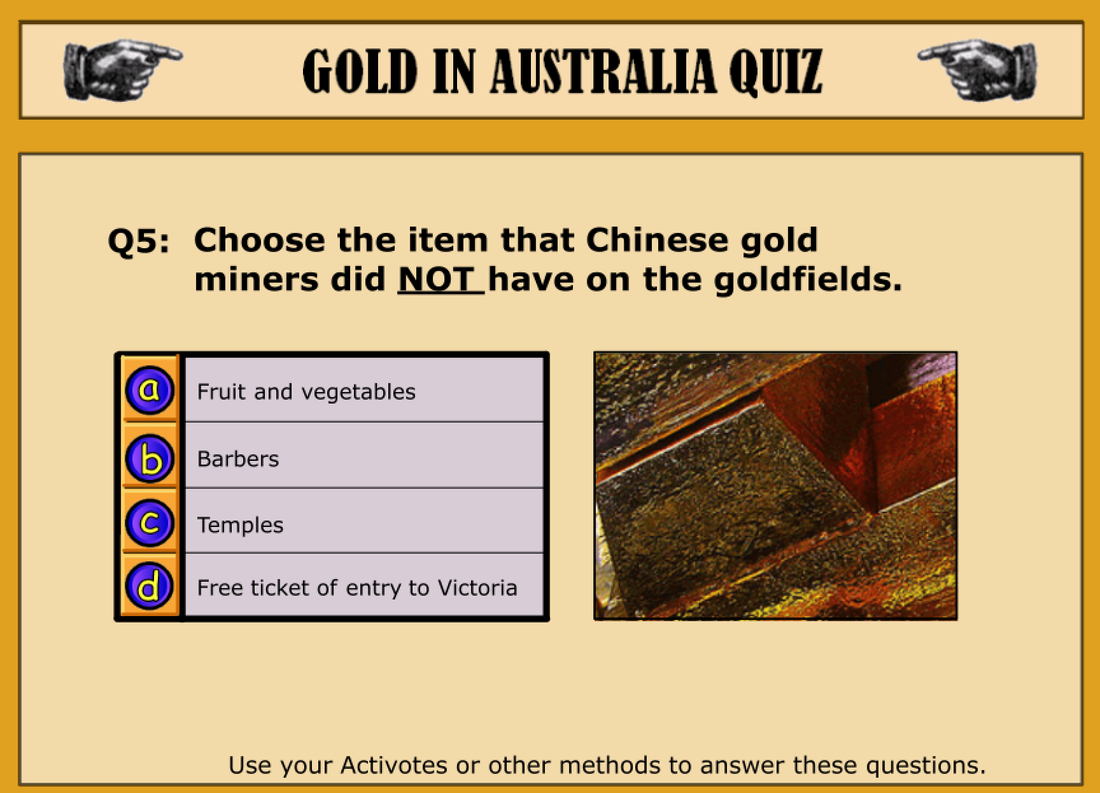